The Biden administration, rural and environmental rights groups, and one of the nation’s largest co-op energy providers are discussing proposals that could help electric co-ops switch from coal to clean power and avoid tariff increases in rural America.

But the National Rural Electric Cooperative Association (NRECA), the national trade association for electric cooperatives, has tried to prevent its member utilities from working with environmental groups on the proposal. criticize President Biden’s goal of decarbonizing the electricity sector by 2035. And while the coal debt relief proposal is aimed directly at benefiting NRECA member utilities, the trade association does did not mention it in his reply in the United States for employment, nor in a item on its website titled “Biden’s Infrastructure Plan: What Co-ops Need to Know”.

A spokesperson for NRECA said: “There are no details yet from the administration on this proposal, so we have taken no position on it.” But according to the CEO of the Tri-State Generation and Transmission Association, the White House is developing those details right now, with major implications for generation and transmission associations, electric co-ops and electric taxpayers across the country.

As part of a national plan to modernize our power infrastructure, the president’s proposal will invest $ 10 billion to partner with rural power cooperatives keen to benefit from low-cost clean energy, by removing power plants. expensive and polluting and replacing them with modern systems. – improve public health and at the same time support good jobs.

In February, rural rights groups written to federal decision-makers to urge support for measures that would benefit rural communities by leveraging the federal government’s long-standing involvement in the electric co-op sector, including a loan forgiveness program for electric co-ops with terms that “would facilitate the retirement of all coal plants currently in operation and potentially all on hold. electric cooperative debt in exchange for new investments in clean energy, distributed energy resources, energy efficiency, broadband, storage and electric transmission with new loans at US Treasury rates. “

Groups that signed the letter include Appalachian Voices, Partnership for Southern Equity, Western Organization of Resource Councils, CURE Minnesota, Kentuckians For The Commonwealth and Renew Missouri, among others.

A 2019 report of the Rural Affairs Center, CURE and WeOwnIt explored solutions to the coal debt problem in rural America, and national climate policy groups such as Evergreen action and the Center for American Progress later supported the idea. Most electric cooperatives buy wholesale electricity from generation and transmission associations, which remain more dependent on coal than the rest of the US electricity sector. Electricity cooperatives and power generation and transportation associations borrowed money to build coal-fired power plants through the Rural Utilities Service of the US Department of Agriculture, although today many cooperatives are also funded by other lenders, such as CoBank, Cooperative Finance Corporation and major banks.

The co-op’s coal debt relief proposal has also garnered support from the Tri-State Generation and Transmission Association, an electricity supplier to power co-ops in Colorado, Wyoming, New Mexico, and Nebraska, which plans to replace some of its coal-fired power plants with new renewable energies. energy projects. Tri-State is the third largest production and transportation association in terms of annual revenues, according to the latest annual report from the National Cooperative Bank report.

In an interview with the Energy and Policy Institute, Tri-State CEO Duane Highley said he recently discussed the proposal with senior White House officials who are working to develop the details of a program. debt relief from cooperative coal. Highley also said that over the past week other production and transmission associations have indicated their support for the proposal.

A tri-state white paper describes the electricity supplier’s stranded assets challenge and proposed solutions, including the proposed $ 10 billion investment by the Biden administration to help power co-ops that are replacing coal-fired power plants with clean power.

The Tri-State White Paper too Remarks that the past investments of many electric co-operatives “were mainly made in coal-fired installations, as many co-operatives and G&T were growing rapidly during the energy crisis of the 1970s, when it was against federal law to construct oil or gas-fired electricity production facilities. “

A presentation by NRECA at an industry conference this year also highlighted how most coal-fired power stations owned by power co-ops were built at a time when federal policy favored building coal-fired power plants instead. gas power stations, following the shock of the oil embargo and the 1978 Fuel Use Act. .

Tri-State has lost two of its member co-ops seeking cleaner and cheaper power supplies, and others cooperatives are also considering leaving. Basin Electric, the world’s largest generation and transmission association, also faces potential defections from member cooperatives and pressure from insurance companies and lenders over its dependence on coal.

While Tri-State worked with the Sierra Club on the coal co-op debt relief proposal, NRECA sought to end this collaboration. At Tri-State’s monthly board meeting on April 7, Tri-State CEO Duane Highley informed the Tri-State board that NRECA was angry with Tri-State because of his efforts on the proposal.

“We would really like to see NRECA help us and put some of their weight behind these requests, instead of asking us not to act on these requests,” Highley explained.

On the same call, Tri-State Vice President of Policy and Compliance Barbara Walz said tri-state staff calculated that one of the proposals under discussion, which would offer $ 500 / kW to co-ops that replace coal-fired units over the next five years with clean energy, could lead to a 3% rate cut for cooperatives in the three Member States.

Tri-State CFO Pat Bridges noted that the Biden administration recently asked NRECA and the generation and transmission associations for details of their debt and the book value of their coal and gas plants, in order inform the development of the debt relief proposal.

Tri-state board members have expressed support for the efforts of tri-state staff, despite opposition from NRECA.

“You have to understand that we could be ruffling some NRECA feathers,” Highley said.

“I realize that, but it wouldn’t be the first time and it probably won’t be the last,” Gordon replied.

Tri-State began allowing co-op members to attend board meetings after Duane Highley became CEO, and last week Colorado Governor Jared Polis. sign a new state law this forces Tri-State to open its meetings to the public, as other state power co-ops have been required to do for years.

White paper on the three states: The Stranded Coal Assets Challenge for the Tri-State Generation and Transportation Cooperative and Proposed Solutions

InsideClimate news: A legacy of the New Deal, electric cooperatives struggle to democratize and make a green transition

Daily life there: Rural power cooperatives on a bumpy road to renewable energy 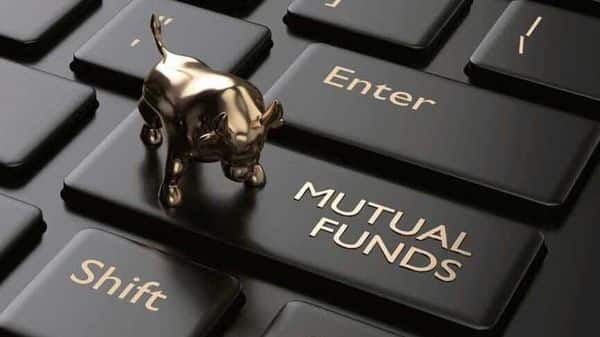